Bringing the ''new'' Altis Film company to RPUK along with my co-founders and fellow creators, Bob Wilkinson, Shepherd and Ivhan. Together we've brought some of the best film productions to the community, something I am very proud of.

These are the videos i spend the most time on, trying to make a dramatic high quality video experience.

These are stupid but sometimes funny ''text above head'' videos featuring members of the community.

If you want to keep up to date with what i make you can subscribe to me on youtube!

I started out with humble beginnings as a Hobo on my own, i found the server on a whim and joined to see what it was. Spent my days in Kavala getting robbed left and right where ever i went but the fun i had countered it and so i kept coming back. After a few months i had made some friends and been in a few small groups just to trying to get our footing and make some real money, its like they say ''Safety in numbers''. Back in those days there was a lot of major gangs about and looking back the 4 of us never stood a chance, Some how we made it through and got our rebel licenses and it all started to come together from there. The network of friends and allies grew and some time in February 2018 I started the gang Magnum Coast along with Butch after having been scammed by our previous Gang leader. 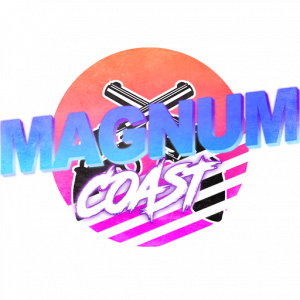 The Magnum Coast was a gang focused on smuggling illegal contraband in and out of Altis, mostly focusing on blood diamonds when they where at their peak but we didn't stop there. Planing operations and using our wits for ill gains was one of our favorite past times, setting up elaborate scenes with multiple members taking part in everything from construction work to hauling uranium for the heat and power plants of the island. When we wasn't focusing on thickening our wallets we found other ways to entertain, one of the more memorable activities was hosting our own version of Hobo wars witch can be seen here: Magnum Coast: Hobo wars video.To me what made magnum coast such a great gang was the fact that we never took anything to seriously, it was all about creating fun and engaging situations witch each other and who ever was unfortunate enough to run into us. 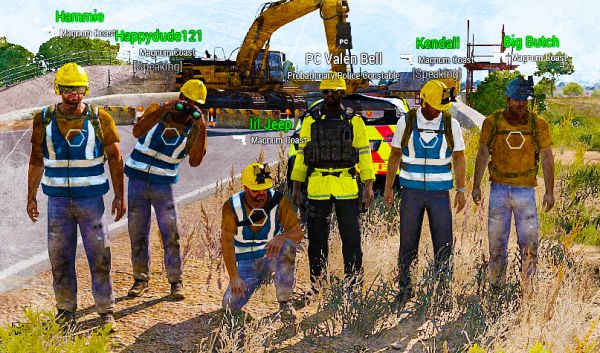 Picture of a few magnum coast members on a construction site.

As a Police constable in the Kavala constabulary i soon transferred to RTU where i stayed for a while, however i discovered that i didn't agree with a lot of how the Police faction worked and left to join the cartel.