The Lost began in 1964 with eight U.S. Marines who met in Hanoi, North Vietnam. After the war ended, they had a continued thirst for the drugs the military had hooked them on and the violence they experienced. They started a motorcycle club and named it ‘The Lost’ in honour of their fallen comrades.

Since then 'The Lost' has had a troubled path. A long and bloody war with The Angels of Death MC, which raged across several states which was quickly followed by a brutal conflict from within has left many of its members dead, or missing with the president changing hands frequently.

The discipline of honour, loyalty and respect was all but forgotten along the way.

Now with John Pope as president 'The Lost' aims to re-establish itself in solidarity. To remember those core values at the heart of the club and to garner respect, understanding and acceptance of its culture.

What is the Lost MC?

The Lost MC is an outlaw motorcycle club residing in the East Vinewood area of Los Santos, with connections to Yellow Jacks Inn in sandy shores.

'The Lost' aim to roleplay motorcycle club life accurately, hosting civil events as well as delving into the seedy historical nature of the motorcycle club. They aim to establish themselves as a driving force of both intrigue and challenge in Los Santos.

How do I join?

Recruitment into 'The Lost' will be unlike any other. If you wish to join you must present yourself to the club first as a hang-around. This literally means, someone who hangs around. If we like you, we might invite you to a party, or take you out on a run and get to know you.

If we don’t, tough luck.

After a while of hanging-around a patched member may sponsor you to become a prospect. This is a huge responsibility for a member of 'The Lost', and it will not be taken lightly.

Your failings are your sponsors failings.

If you fail your prospecting period. Tough luck. Make another character and try again. 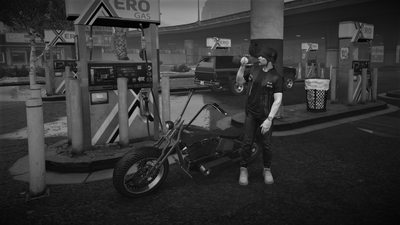