Greetings I am ShadowDirector or most commonly known as "Faheem" I have been playing on RPUK for "2 Years" welcome to my profile!

I decided to join the Poseidon Cartel after I disbanded the "Shield Of Shadows", my main goal was to cause harm to the "Altis Police Service" and I knew that being part of the Poseidon Cartel I could do exactly that. I have enjoyed my time with the Cartel its a better 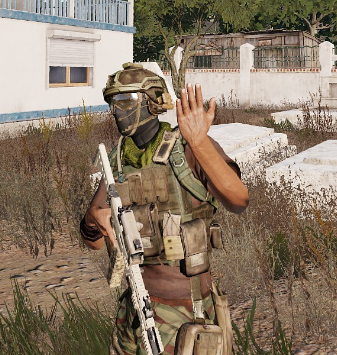 experience than I ever expected. I have proven to Poseidon Command that I am dependable and able to command on a small scale as well as supporting the development I also ensure that the ideals and standards within Poseidon are met at all times.

I had joined the "Altis Police Service" during my early days of being on the Island of Altis, however due to running the "Shield Of Shadows" whilst off duty I was requested by Police Command to shut down the organisation and its facilities, I had decided to briefly comply

however I had then decided to reveal my true intentions and then decided to leave the force. After sometime I had decided to rejoin the "Altis Police Service" but was then found out to be doing deals with the "Poseidon Cartel" and had also requested the cartel deal with a civilian on my behalf, secretly "SPECTRE" was on scene and my plans were soon discovered, at that point in time I had been removed once again from the Altis Police Service this time I will not be returning.

The Shield Of Shadows was a major insurrection organisation that had long operated in the land of Altis, the SOS specialised in chemical warfare they used the chemicals as a last resort if the land they desired could not be taken by means of negotiations or by force, instead of allowing the enemy to advance in position they laid waste to that area by using harmful chemicals to make the area very hazardous or uninhabitable, the organisation was ran under dictatorship by "General Faheem" the Leader and founder of the Shield Of Shadows.The SOS will only respect there once serving General, and will fight for his return. Even if it means they will meet their demise.

The Shield Of Shadows High Command, often abbreviated as Highcom is the highest operational command of the Shield Of Shadows who is in charge of every single soldier and oversees every single operation that’s relevant to their position. They are charged to create operations for the divisions (companies) to execute. High Command are continually changing the system to better improve the organisation.

I had joined the NHS some time ago, I currently hold the position of "Paramedic" and whilst on duty I ensure the people I deal with are given the relevant treatment, even though I live a different life style off duty as a medic I make sure that I do the best I can whilst on duty by helping those in need.