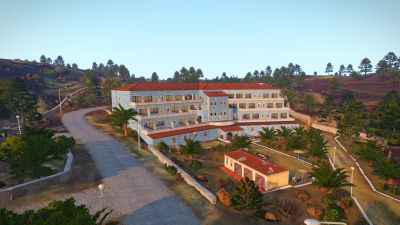 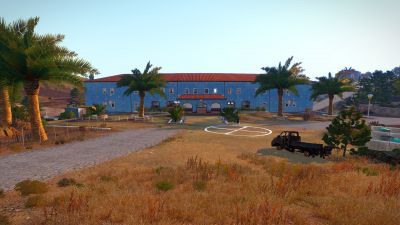 Advanced Weapons sells what is says on the tin. Dodgy Dave used to sell his imports in the south of Altis, however due to the reluctance of the Altis Police Service to patrol the area due to the extremely unsafe nature of the area Dave realised, this insecurity of his potential customers meant he packed up shop and moved into the abandoned Ghost hotel in the North East of Altis in the lands now claimed by The Poseidon Cartel. He's managed to turn the once derelict Hotel, into what's increasingly becoming the island's premier illegal gun store with weapons that can’t be found anywhere else, not even in the Black Market or the Rebel Outposts. Having a monopoly on the import of these high powered guns and attachments allowed him to have a “small” one-time membership fee of £10 million before you can even buy anything, however he won't even think about selling you a license if you don't have the Rebel Training License because, as a business man, he doesn't want any self inflicted injury claims caused by untrained users! Due to the shop being within The Poseidon Cartels lands you should get a Military border pass to use the shop, otherwise you could face punishment from the Cartel if caught! You can withdraw money from Daves' own ATM too as he expects cash payments.

Below is a list of Items available at the various shops within the Advanced Weapons compound: 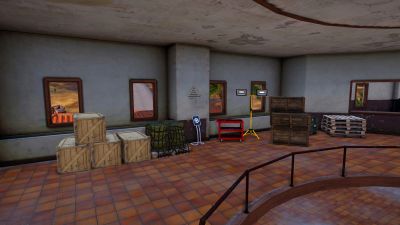 Daves' supplies and small stall within the Hotel