The AR Weapon Cache is one of the most important storage locations for the Altis Police Service. It is used to store seized illegal weapons as well as standard Armed Response weapons. These weapons are stored in crates inside the main building. The compound can be found with in the southern parts of Kavala. 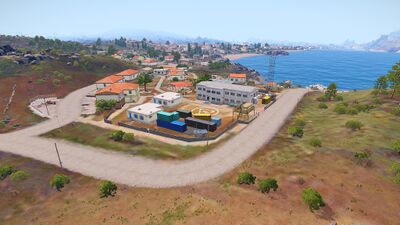 The AR Weapon Cache is not the most complicated place to rob however is still requires some effort.

Normally the Weapon Bags may drop any of these weapons, unless the person emptying knows the War Dog Skill. Then the bag may also obtain attachments.